The third JLT Restaurant Awards are over and we would like to thank all our partners, sponsors, and participating restaurants for helping us to put on another incredibly successful event!

More than twice as many people voted in the #JLTdiningAwards2019 compared to 2018 and we recorded a grand total of 16,831 votes across the 18 publicly voted categories in the 2019 Awards.

The underlying mission remained the same: The Awards aimed to showcase the variety and quality of the eateries in this Dubai neighbourhood – nowhere else can you find this many different restaurants in one area – and wanted to recognise the passion, sweat, and efforts put in by the many independent restaurants in JLT.

We were also curious to see which restaurants are most popular in 2019 among JLTians – residents, office workers, and visitors in JLT, the DMCC regulated free zone in the heart of new Dubai.

An event like the JLT Restaurant Awards 2019 could not have been made possible without the support of passionate individuals, sponsors and partners and we’d like to thank the following people and companies:

Repeat, Farida Ahmed, Ina Kubler, Peggy Li, Saleem Suleman, vegberry, Charles Russell Speechlys, sps:affinity, sps:digital, sps:pr, Monviso,  Liquid of Life, Fruitful Day, iiko Middle East, and Mr & Mrs Brunch.
We also like to thank our expert judges: Peggy Li, Arch. Annamaria Lambri , Giacomo Puntel, and Scott Gregory.
Last but not least, a big thank you to the team at the Pullman Dubai Jumeirah Lakes Towers, the gracious hosts of the awards ceremony! here.
Planning for the JLT Restaurant Awards 2020 has already started and you can find out more about the 2020 edition of the Awards here.

Thank you to our 2019 JLT Restaurant Awards Partners & Sponsors 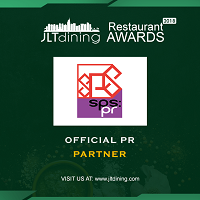 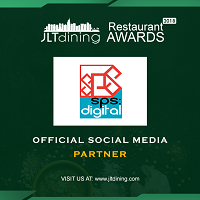 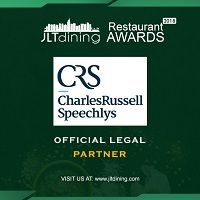 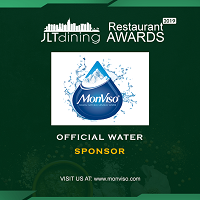 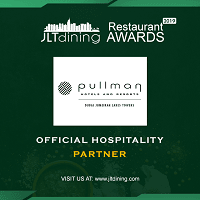 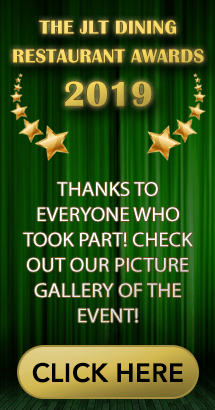 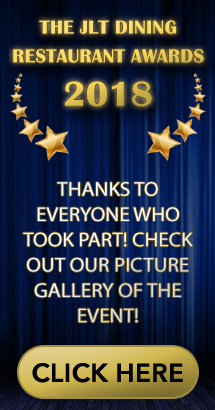 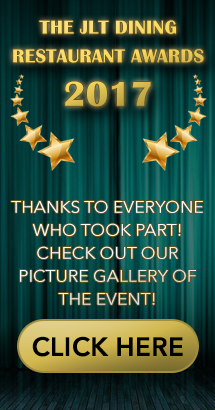